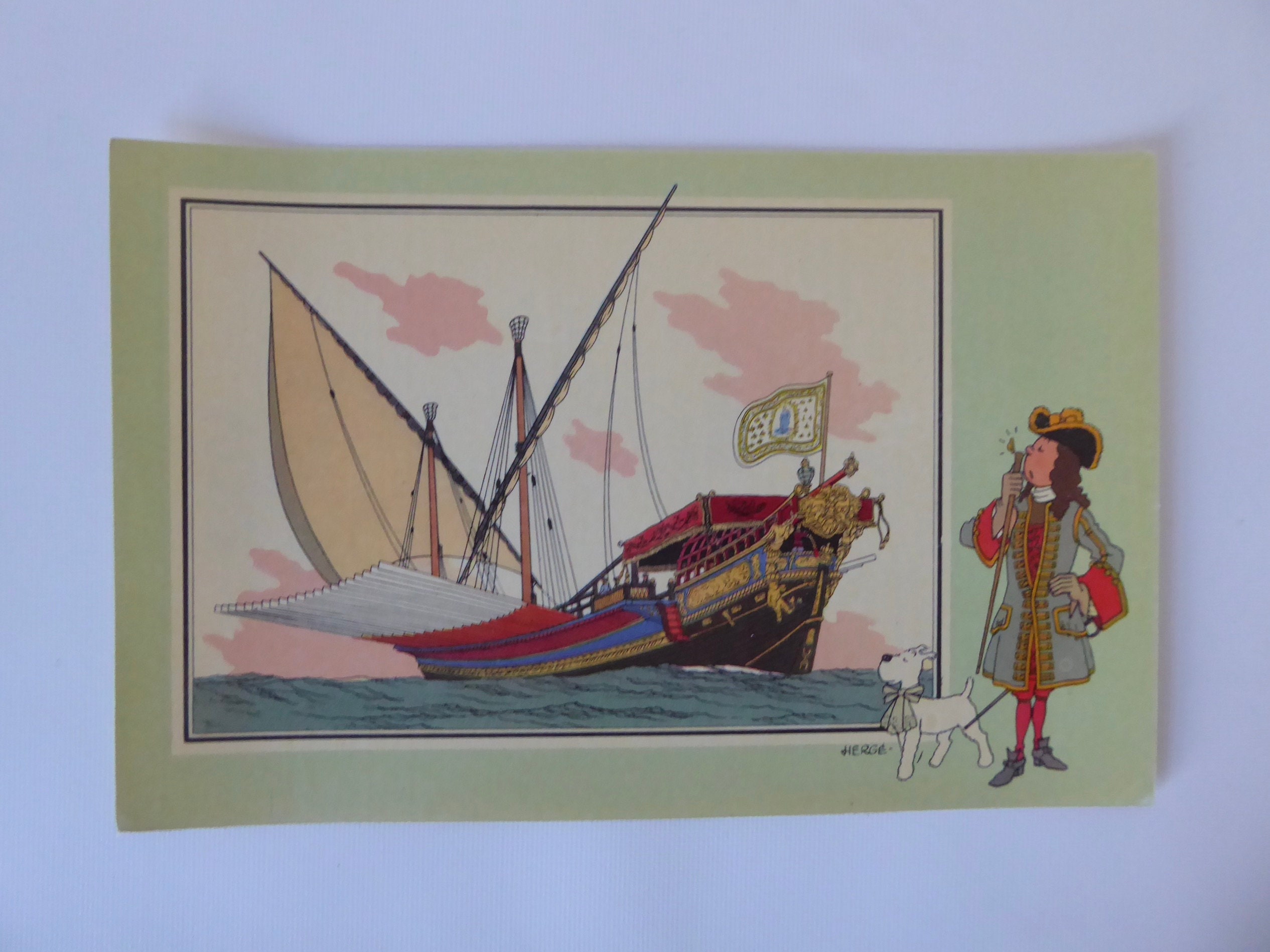 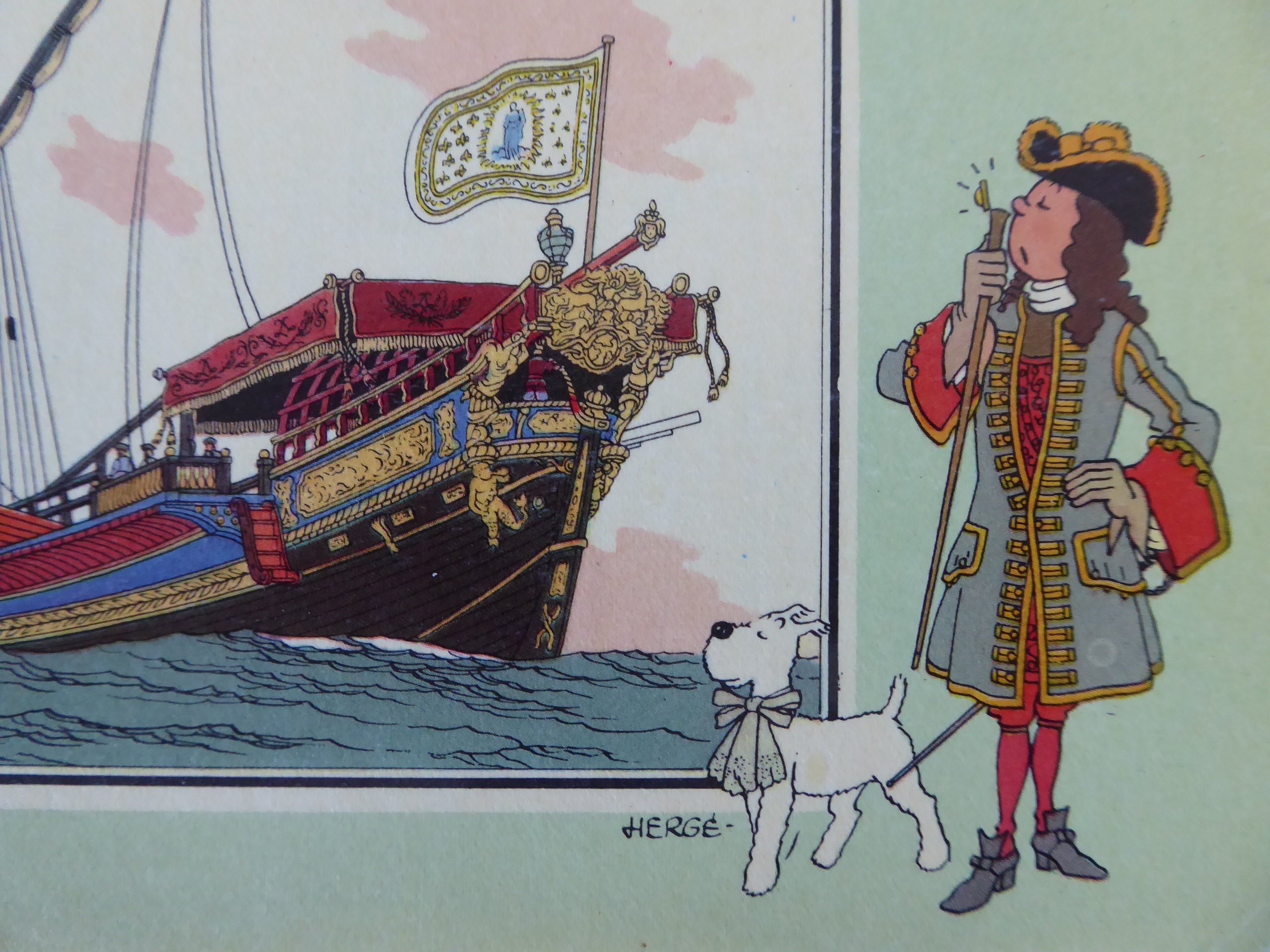 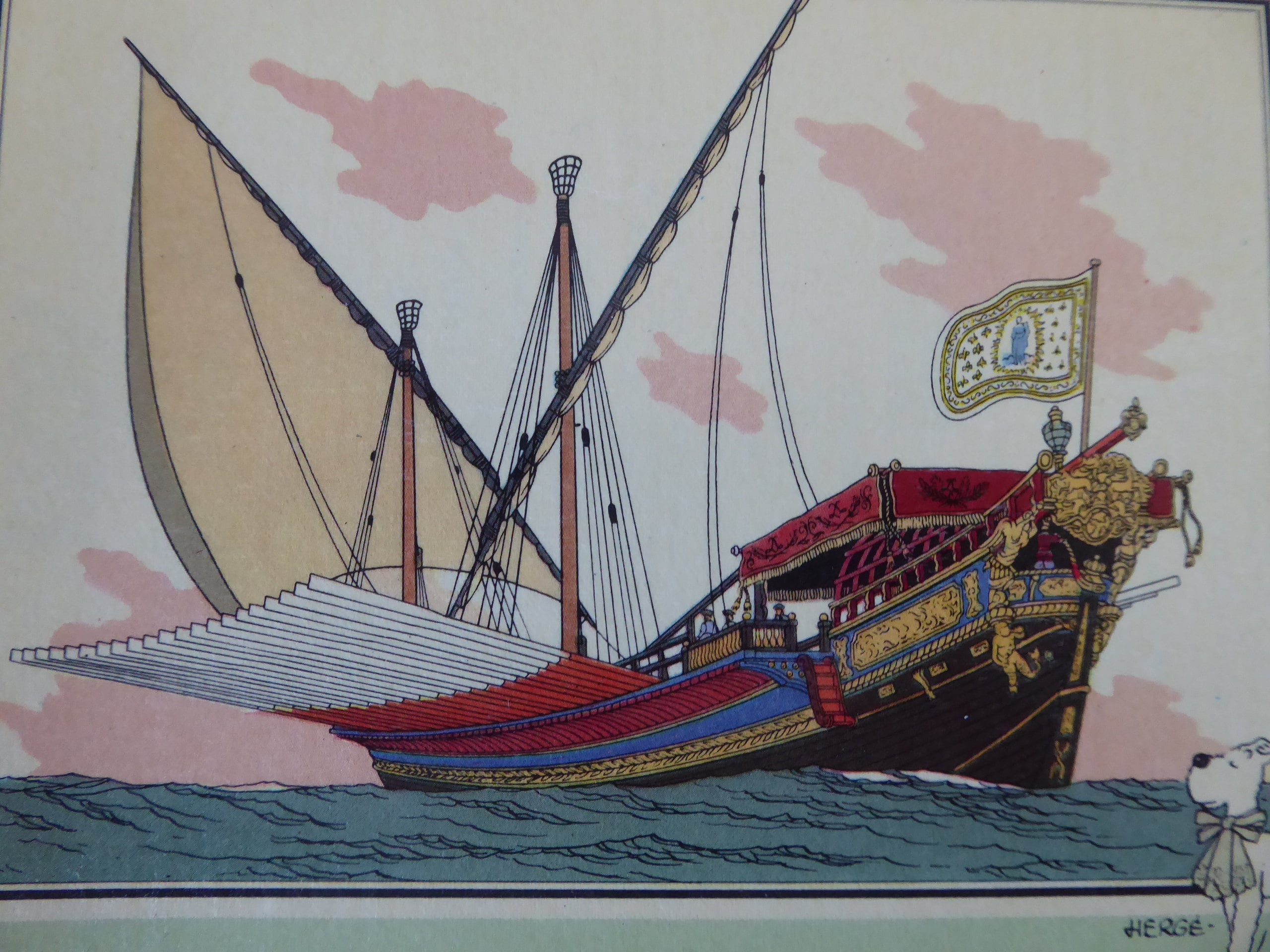 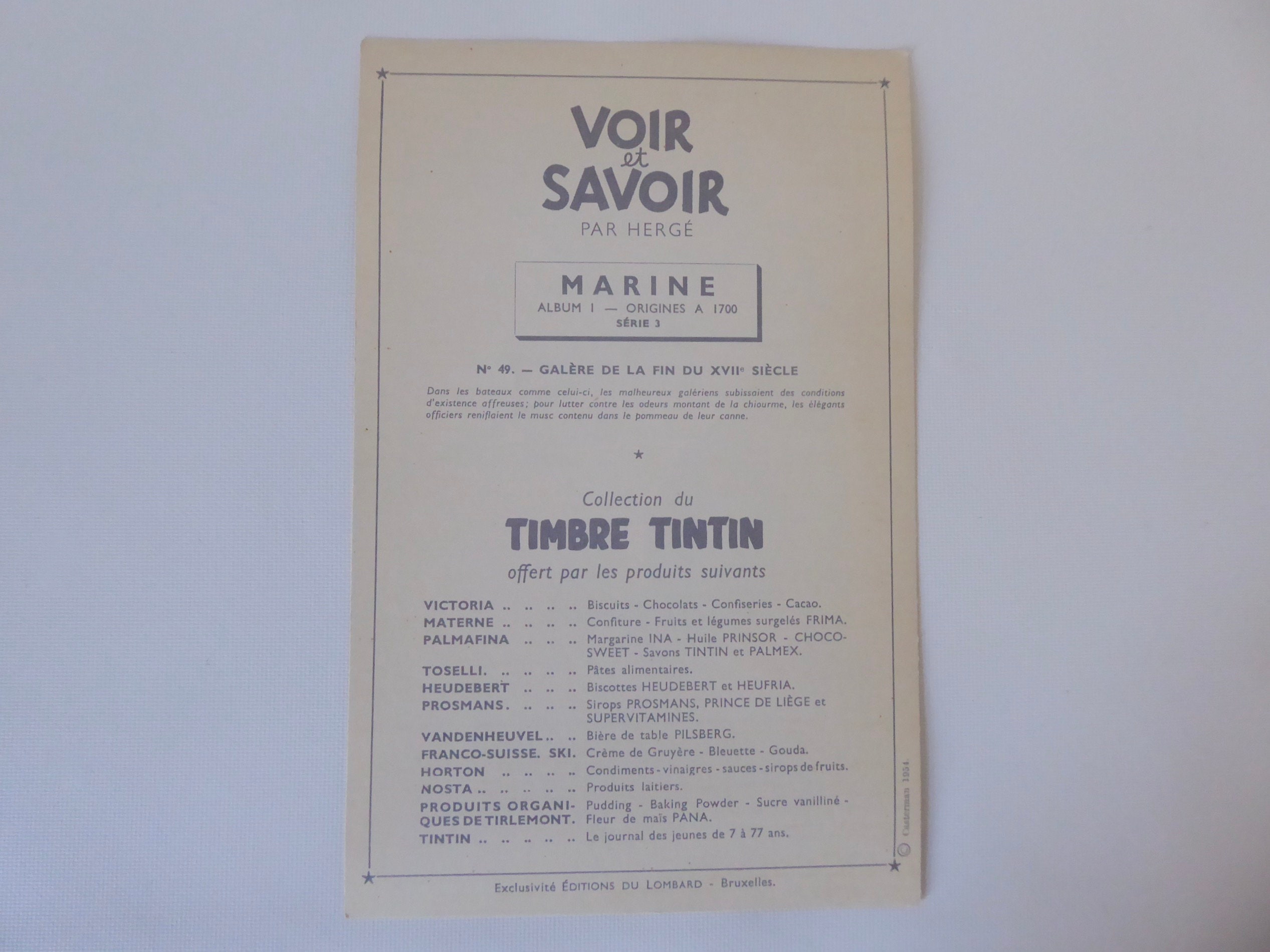 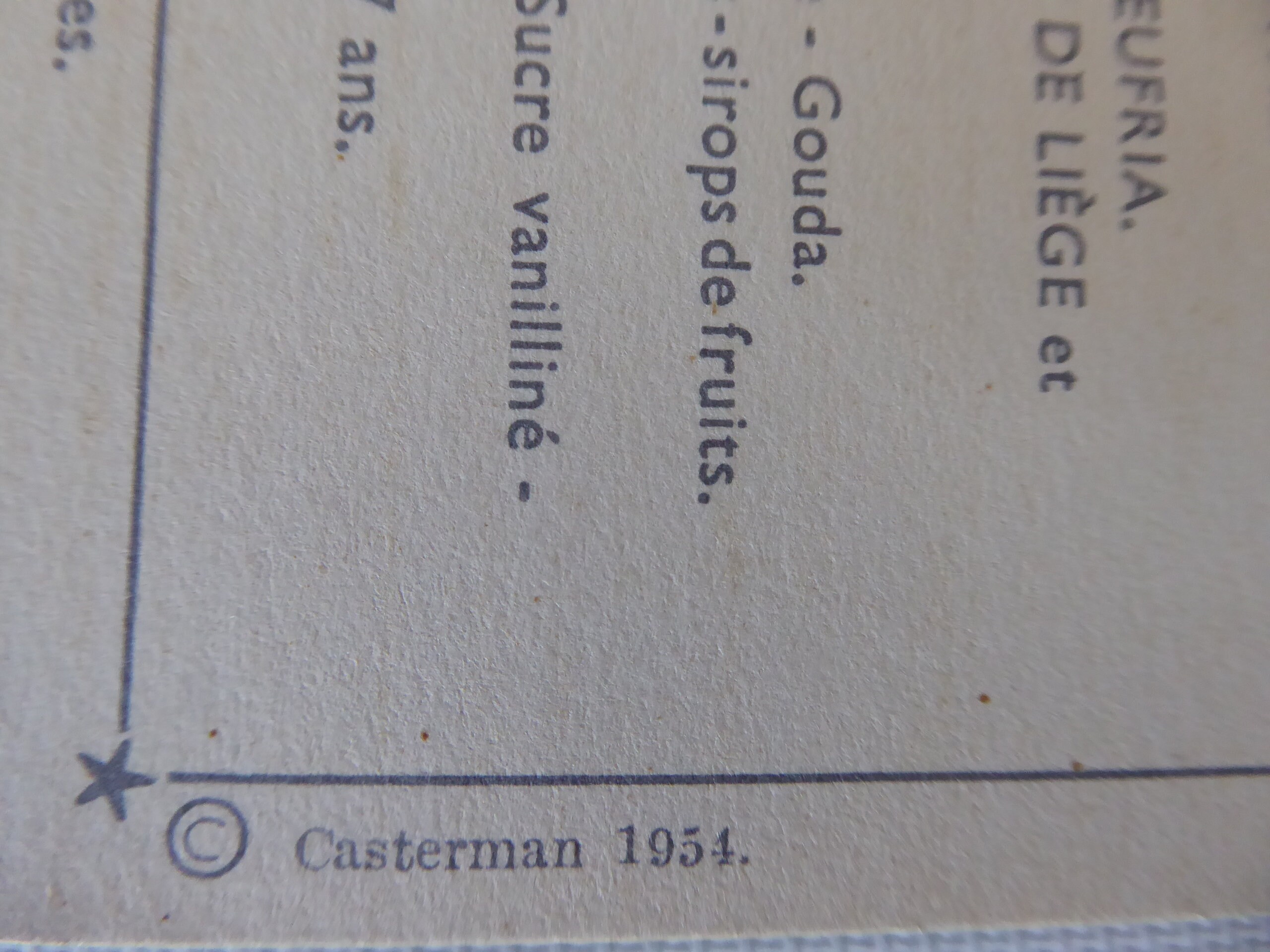 In ships like this, the unfortunate galleys suffered awful living conditions; to combat the rising smells of chiourme, the elegant officers sniffed the musk contained in the knob of their cane.

Wishing to evoke through Tintin, the history of means of transport, peoples, countries ..., Hergé develops the project of chromos with the help of E.P. Jacobs.
The first images appeared in 1946 in the newspaper Tintin and the chromos could be obtained in exchange for Tintin stamps.
Initially broader, the project is restricted and becomes the history of means of transport.
The 300 existing chromos are signed Hergé and appear in 2 stages.
Firstly in collaboration with E.P.Jacobs, the AÉROSTATION series and the RAILWAYS are published.
Then in collaboration with J.Martin appear the series L'AUTOMOBILE DES ORIGINES À 1900. AVIATION WAR 1939-45.AVIATION FROM THE ORIGINS TO 1914. THE NAVY FROM THE ORIGINS TO 1700. THE NAVY FROM 1700 TO 1800