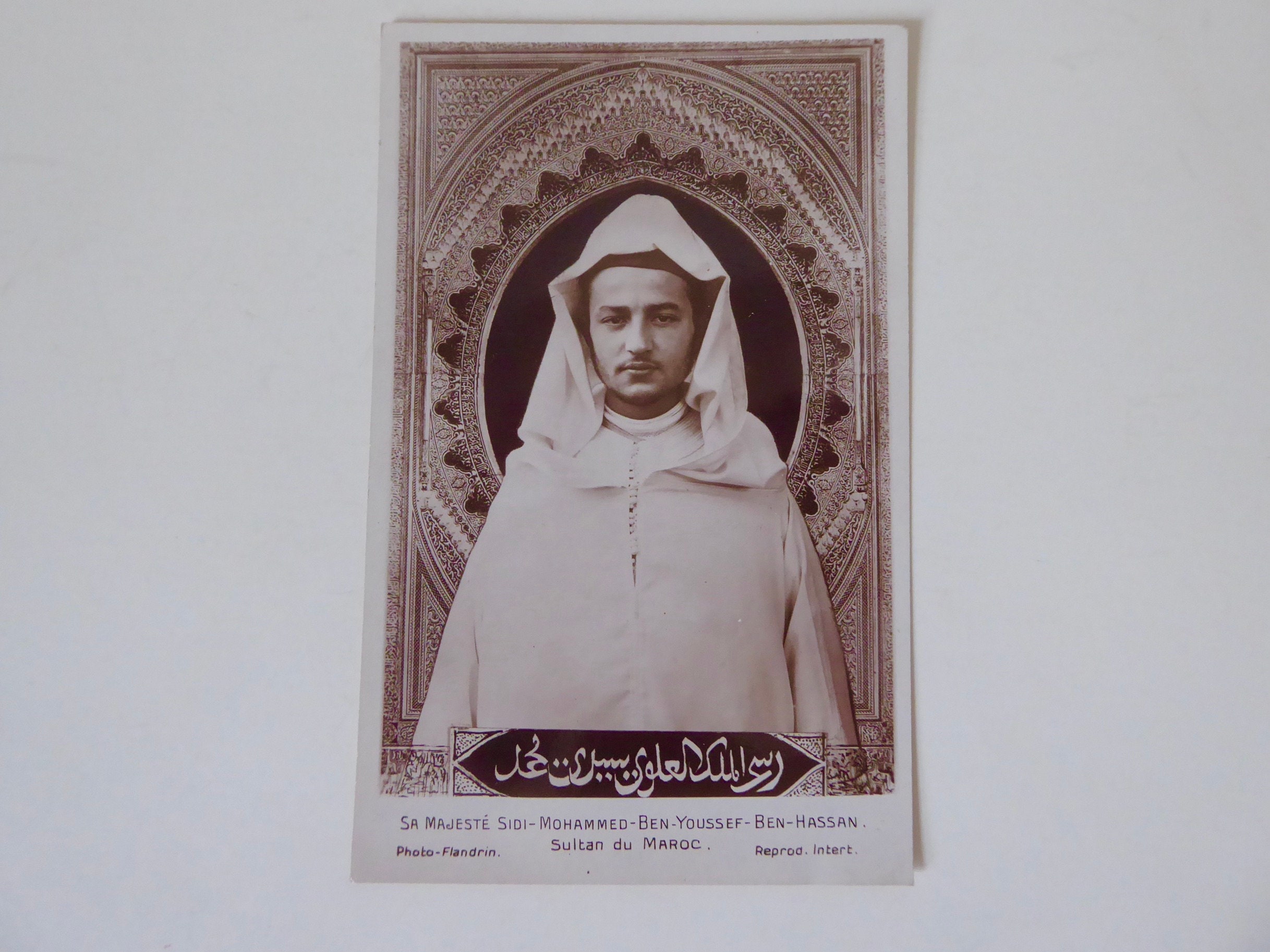 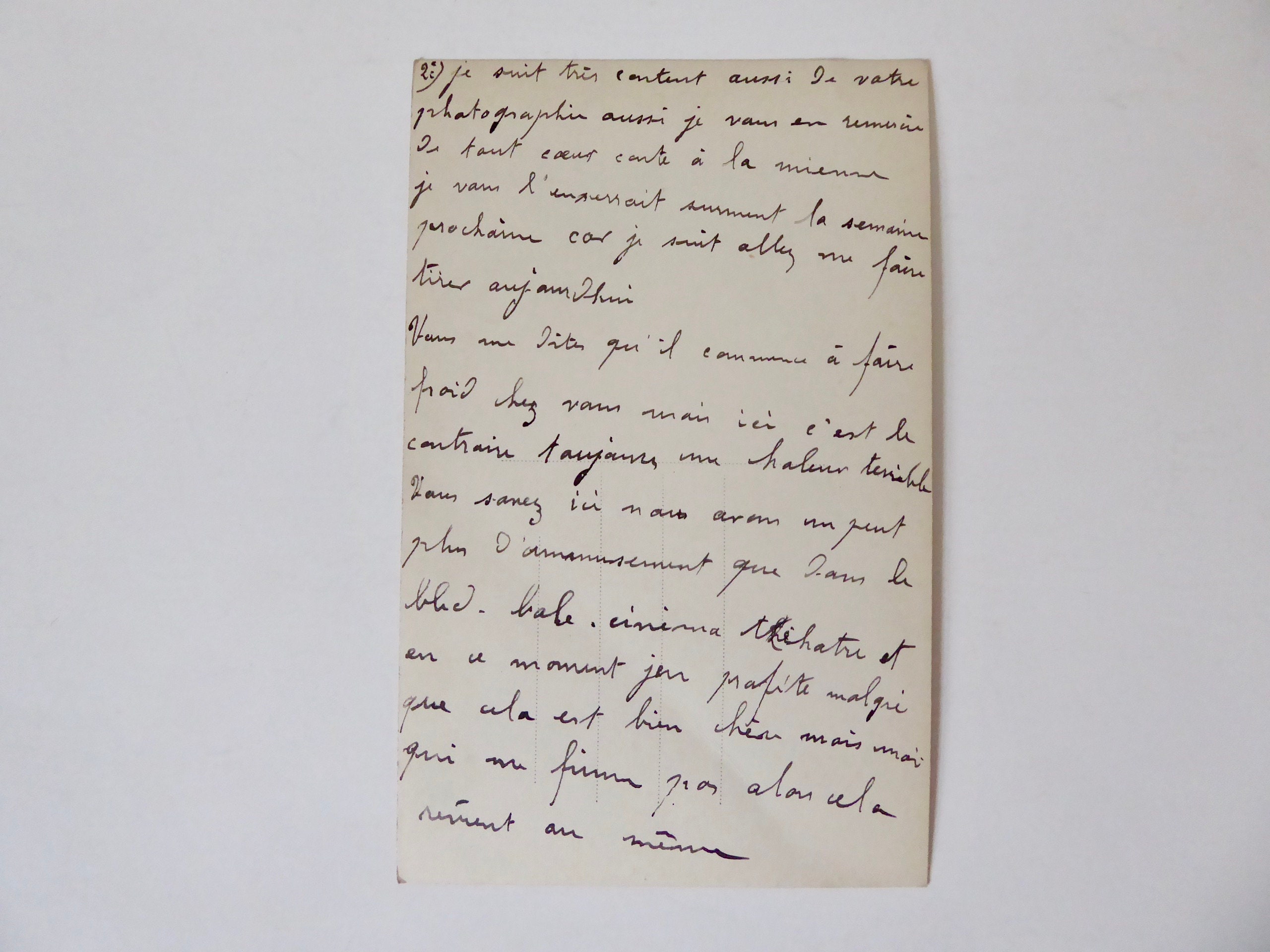 Photo postcard of His Majesty Sidi-Mohammed-Ben-Youssef-Ben-Hassan. Sultan of Morocco.
Photo- Marcelin Flandrin.
Glossy.
Writing on the back (see photos).
Very good condition despite a slight crack at the top right of the photo.
14 x 9 cm or 5 1/2 x 3 1/2 inches.
Sidi-Mohammed-Ben-Youssef-Ben-Hassan (1909-1961) became sultan in 1927. From 1944, he supported the Moroccan independence movement and thus opposed French and Spanish domination. Deposited by the French in 1953, as part of the protectorate in force since 1912, he was forced into exile until 1955. Following the regained independence in 1956, he became King of Morocco under the name Mohammed V.

For other items you can visit https://www.vintagekoma.com/