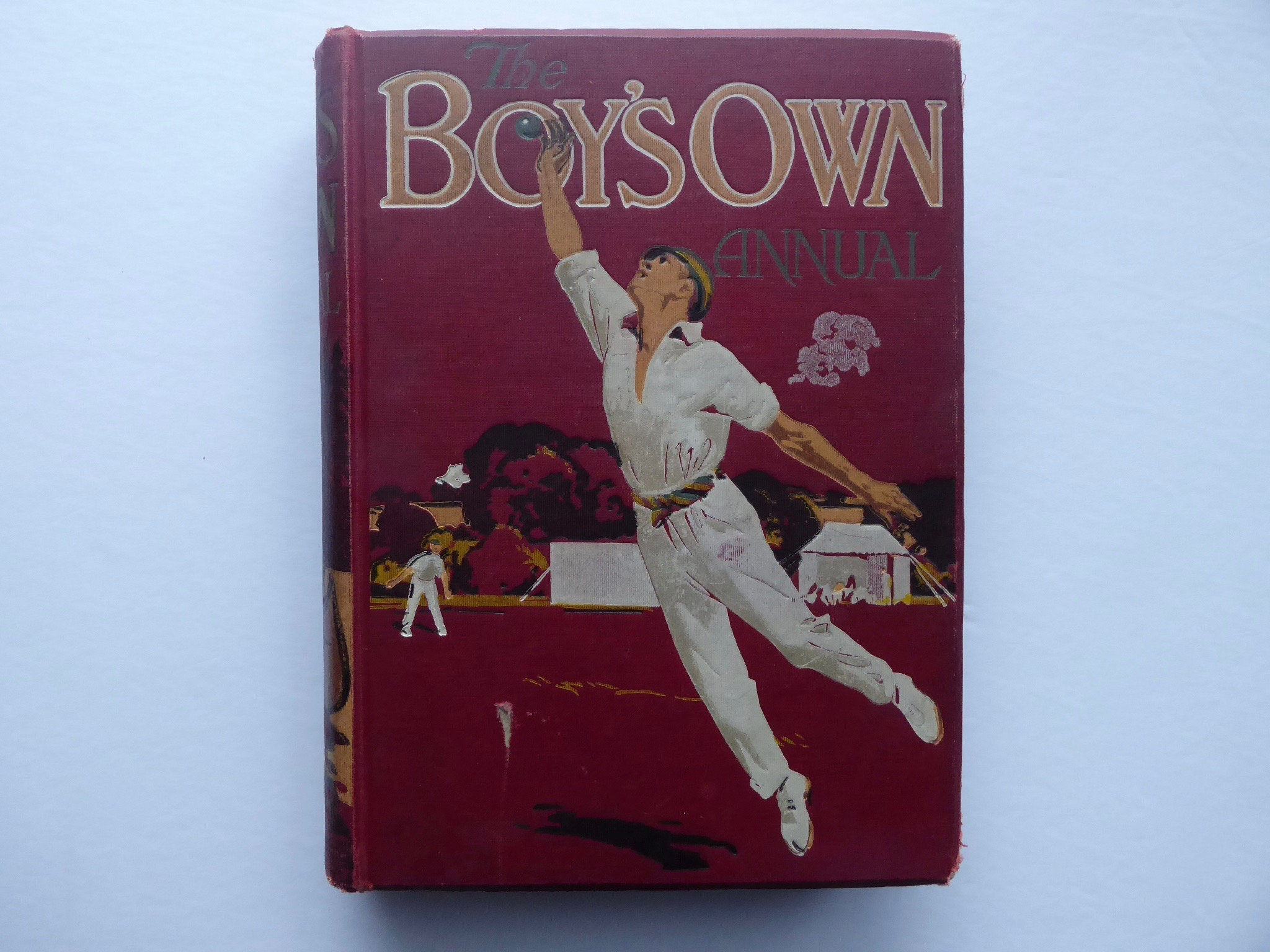 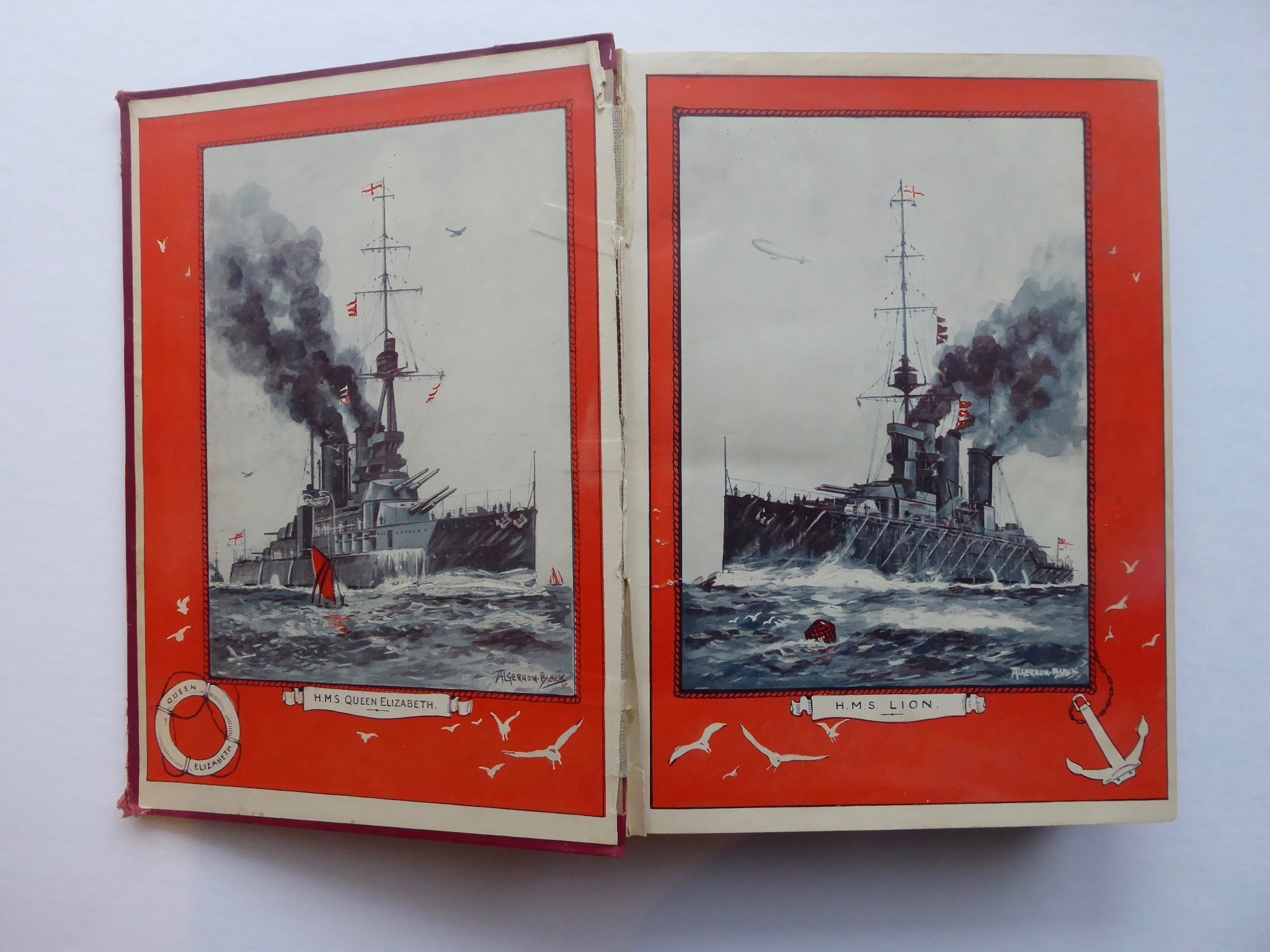 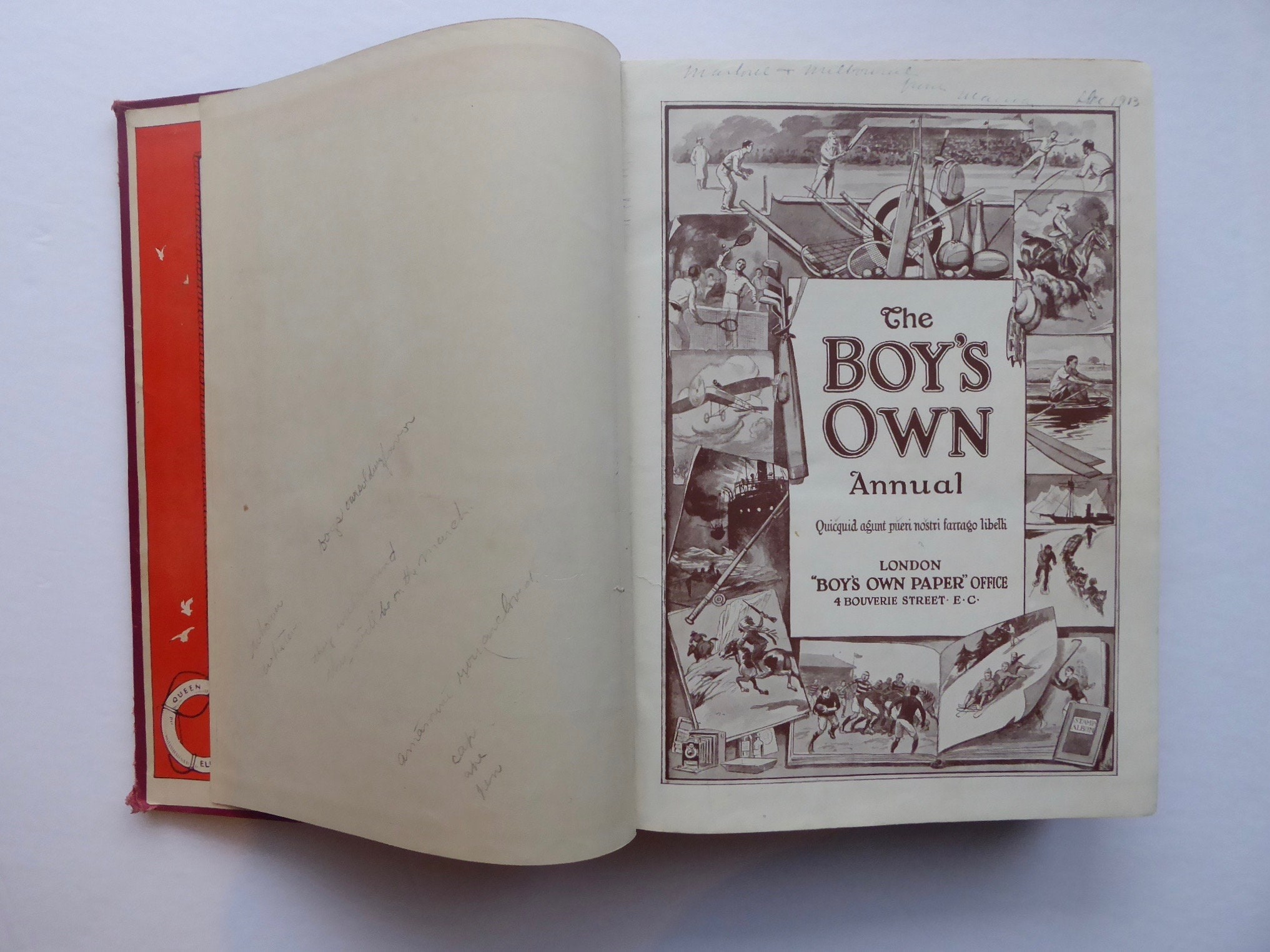 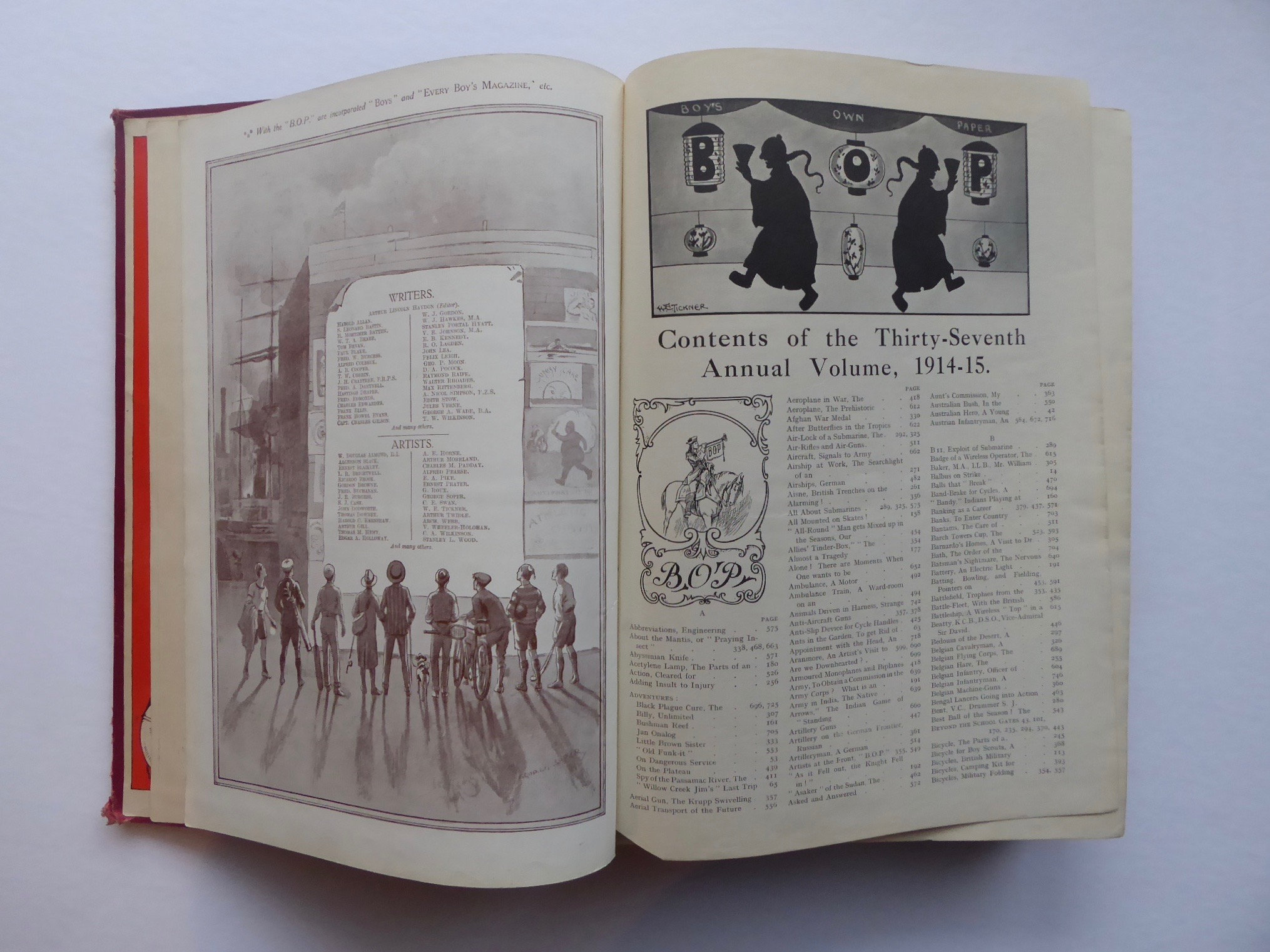 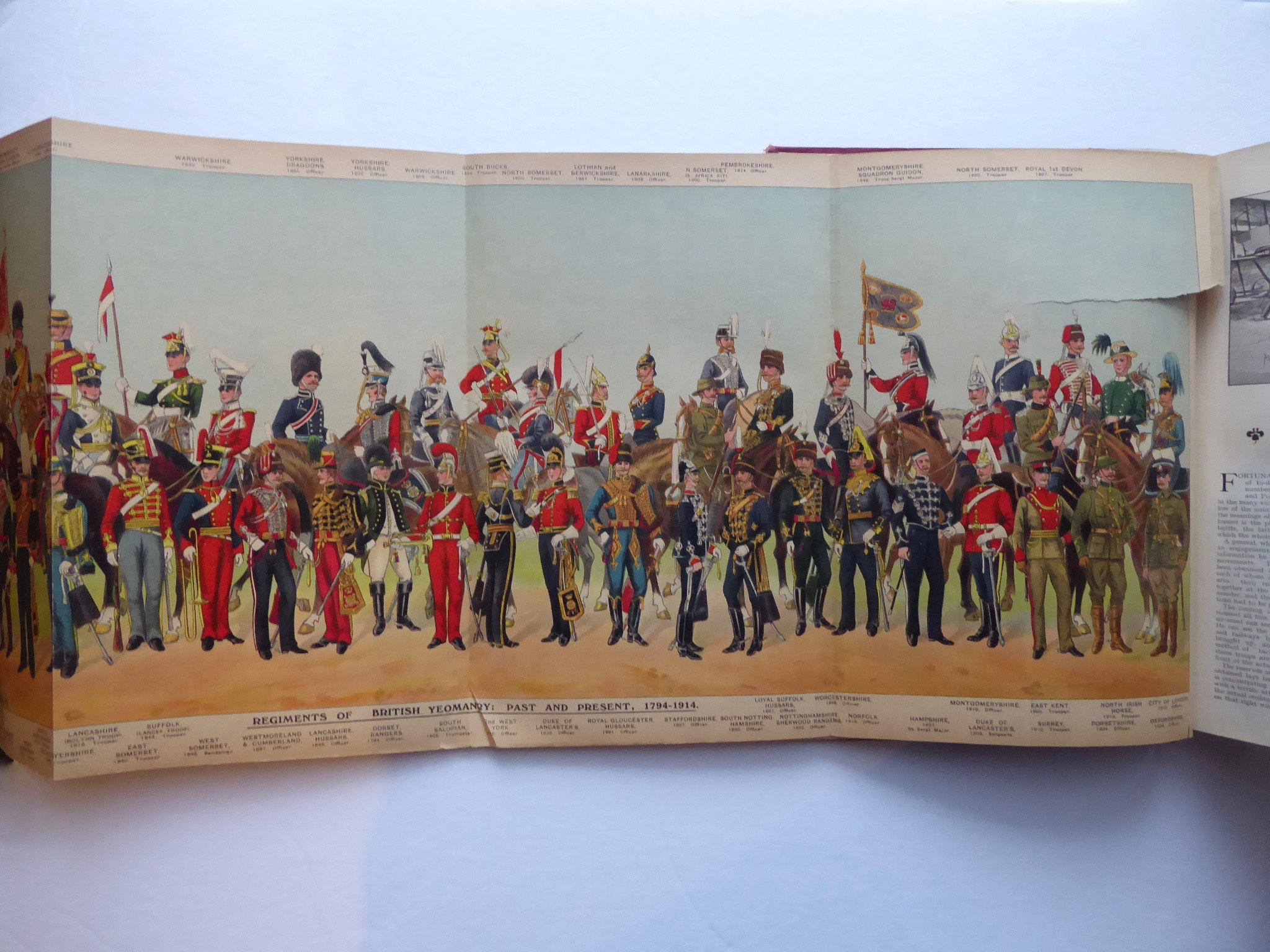 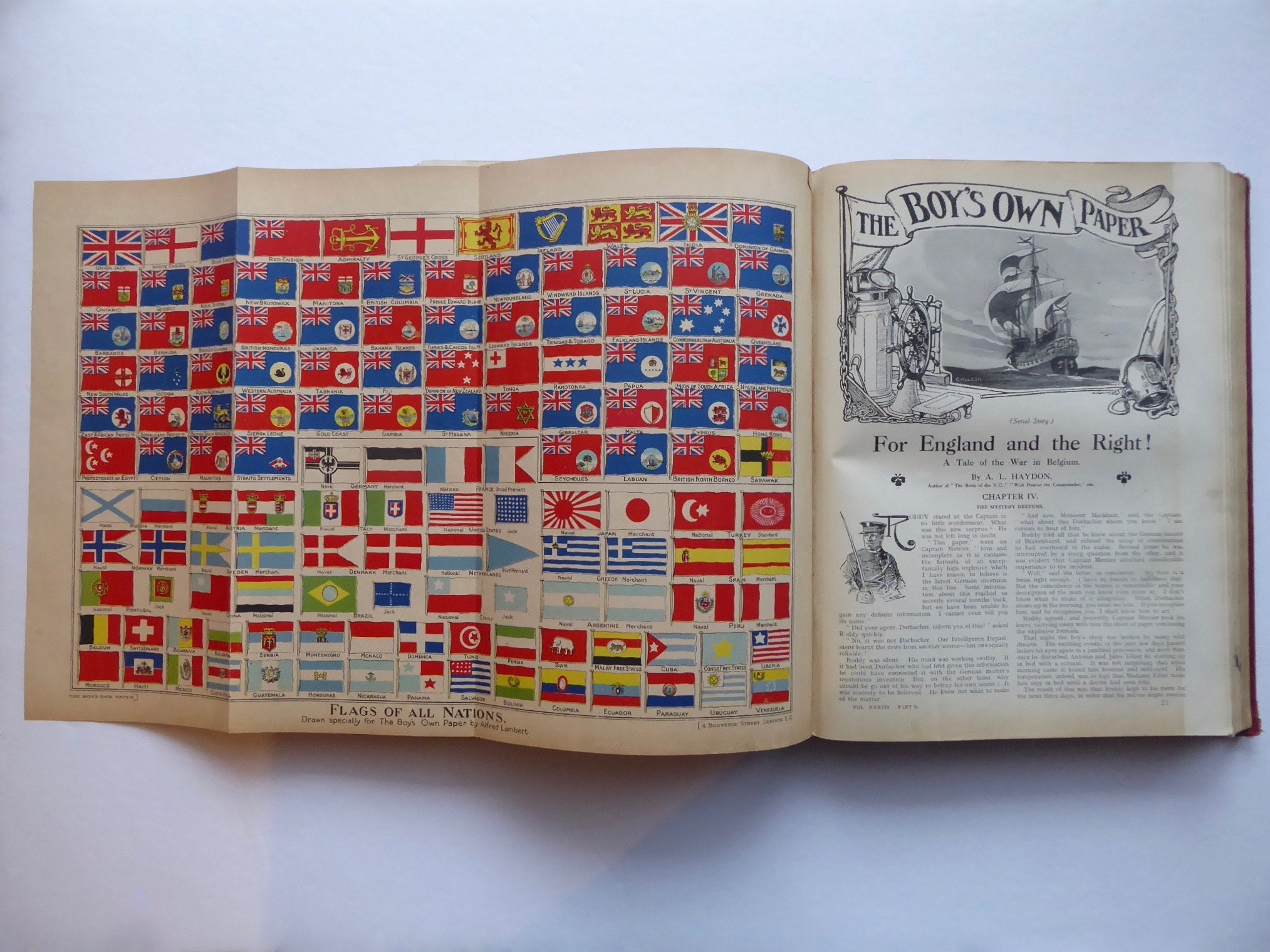 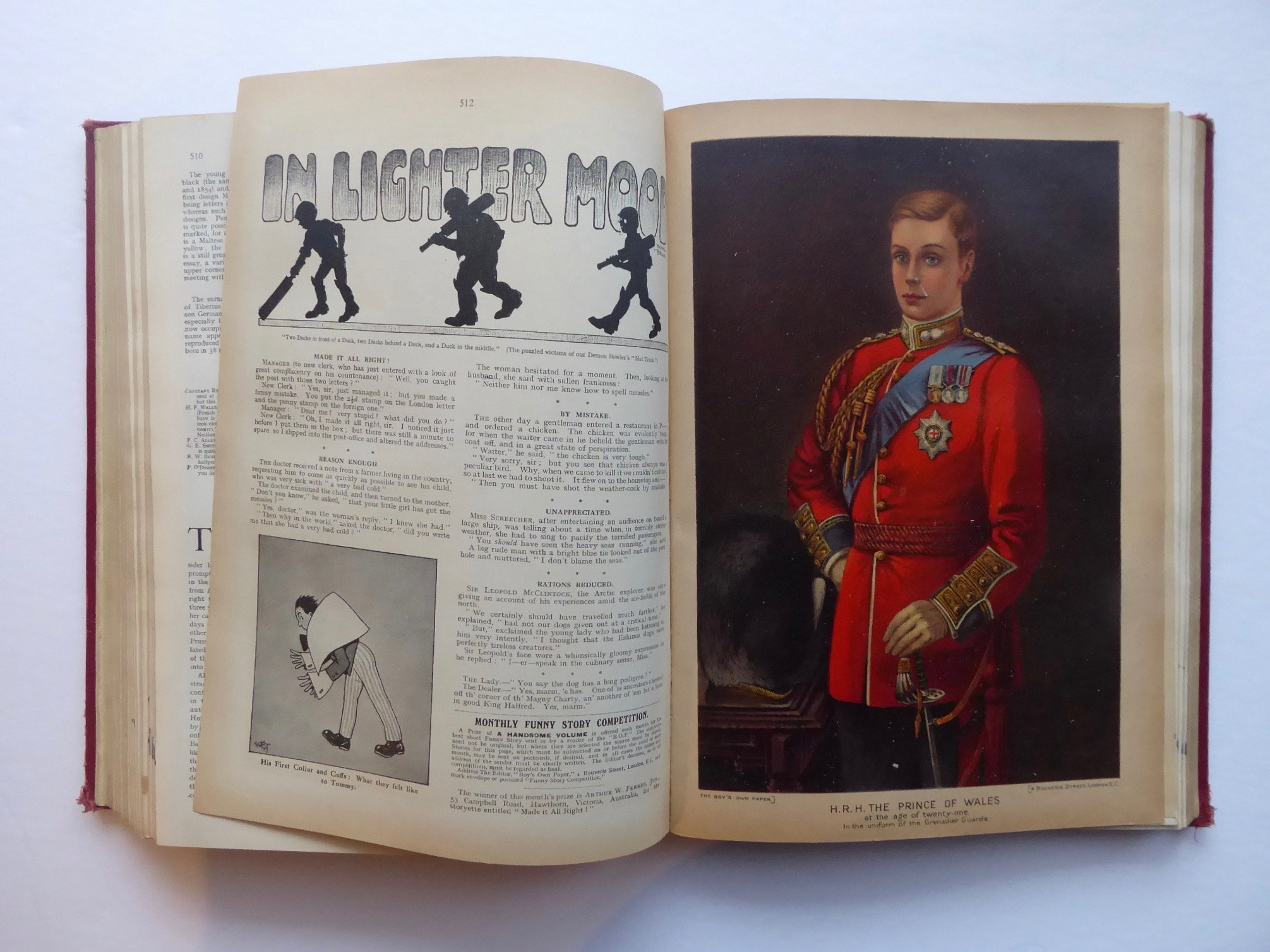 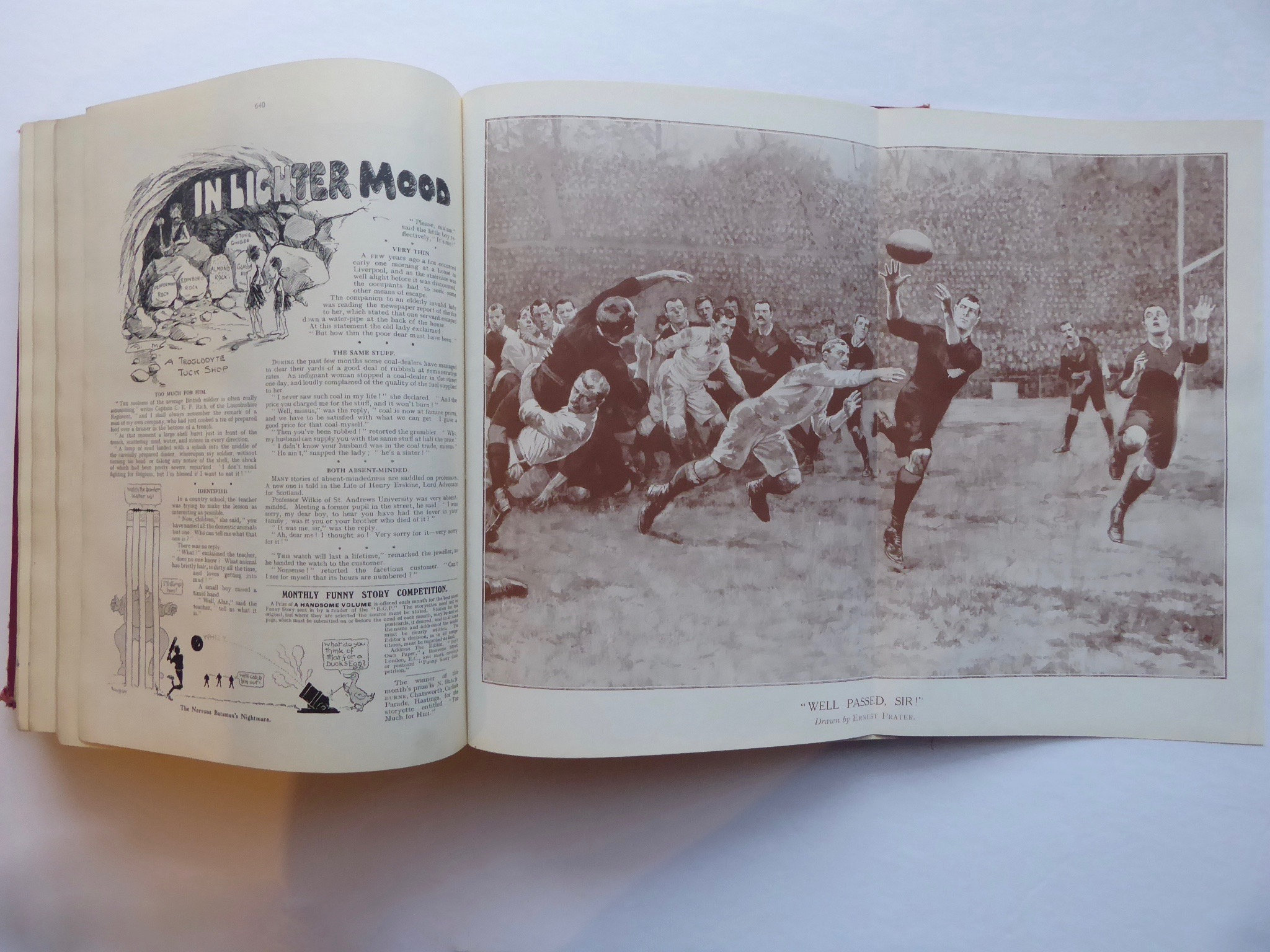 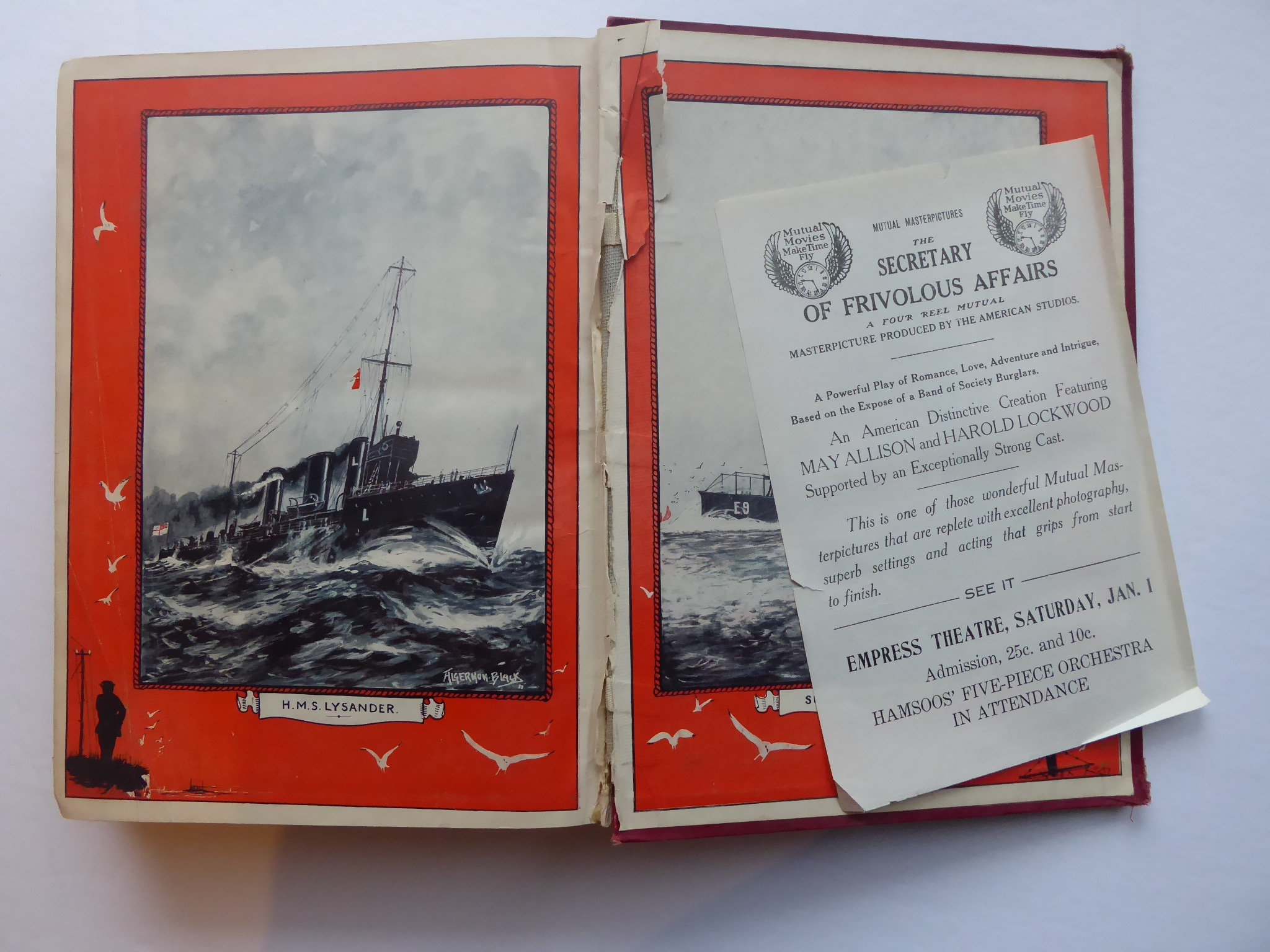 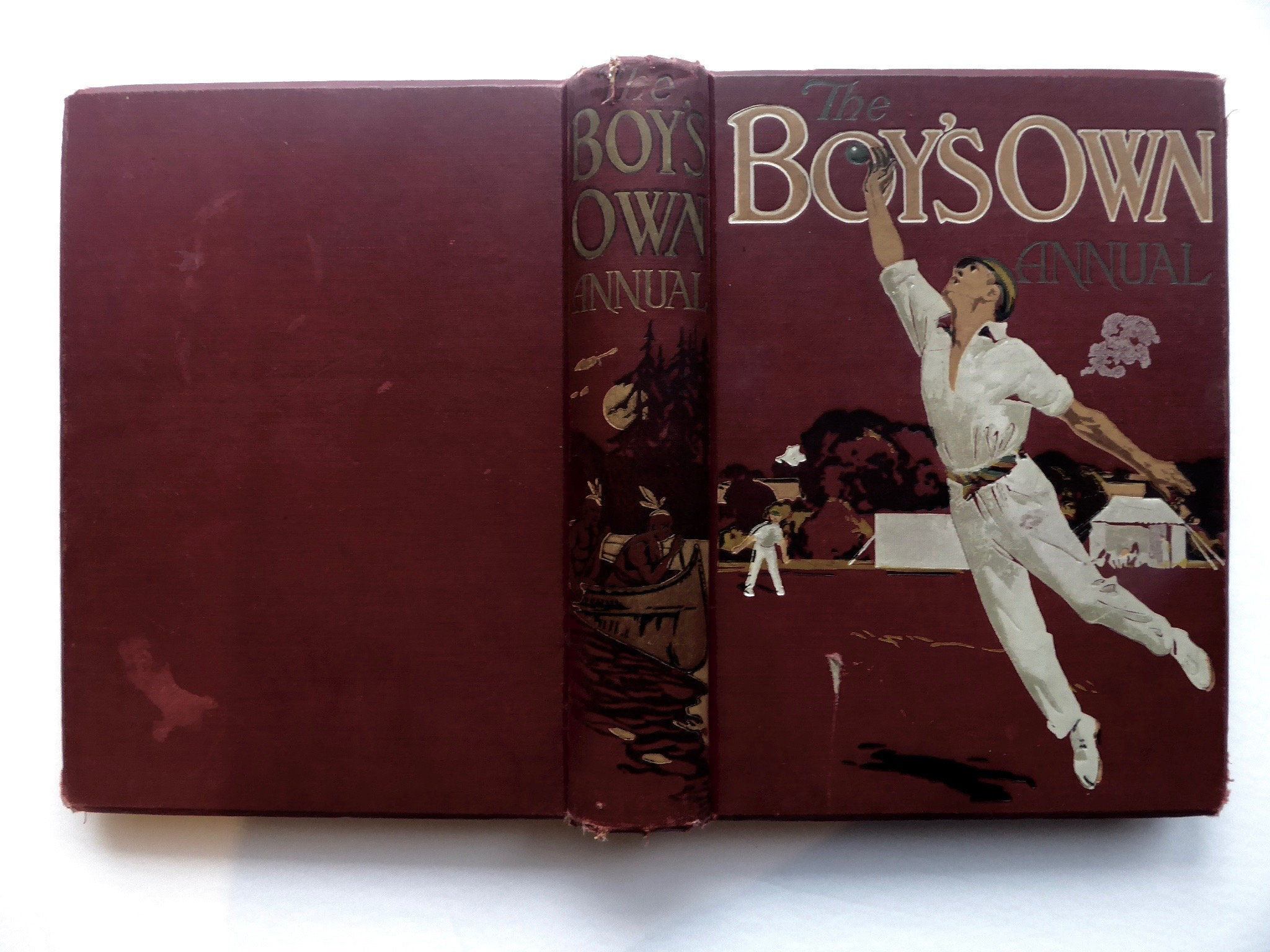 The Boy's Own Annual. Volume 37. 1914-1915.
Publisher Arthur Lincoln Haydon. It's London.
760 pages.
Sewn red roofcover.
Published in 2 columns.
11 special boards.
Numerous black and white illustrations in the text.
Counterplate boats (H.M.S Lion - H.M.S.Queen Elisabeth - H.M.S Lysander - H.M.S. Submarine E-9).
Engraved binding decorated with a cricketer on the first plate and a Native American canoe on the back.
Contains the first impression of "Kongre, The Wrecker" or The Lighthouse at the End of the World" by Jules Verne although now attributed to his son Michael Verne.

Also contains a small commercial insert for the silent film 'The secretary of Frivolous Affairs' directed by Tom Ricketts and starring May Allison and Harold
Lockwood.

Periodical from 1879 to 1967, "The Boy's Own Annual" was aimed at young boys and included adventure stories, sports articles, high school life slices and war stories.
This volume 37 is especially marked by an Orientalism specific to the European powers advocating that foreign cultures are inferior, hostile and must be tamed. It also includes an apology of national pride and a minimization of the dangers of war.